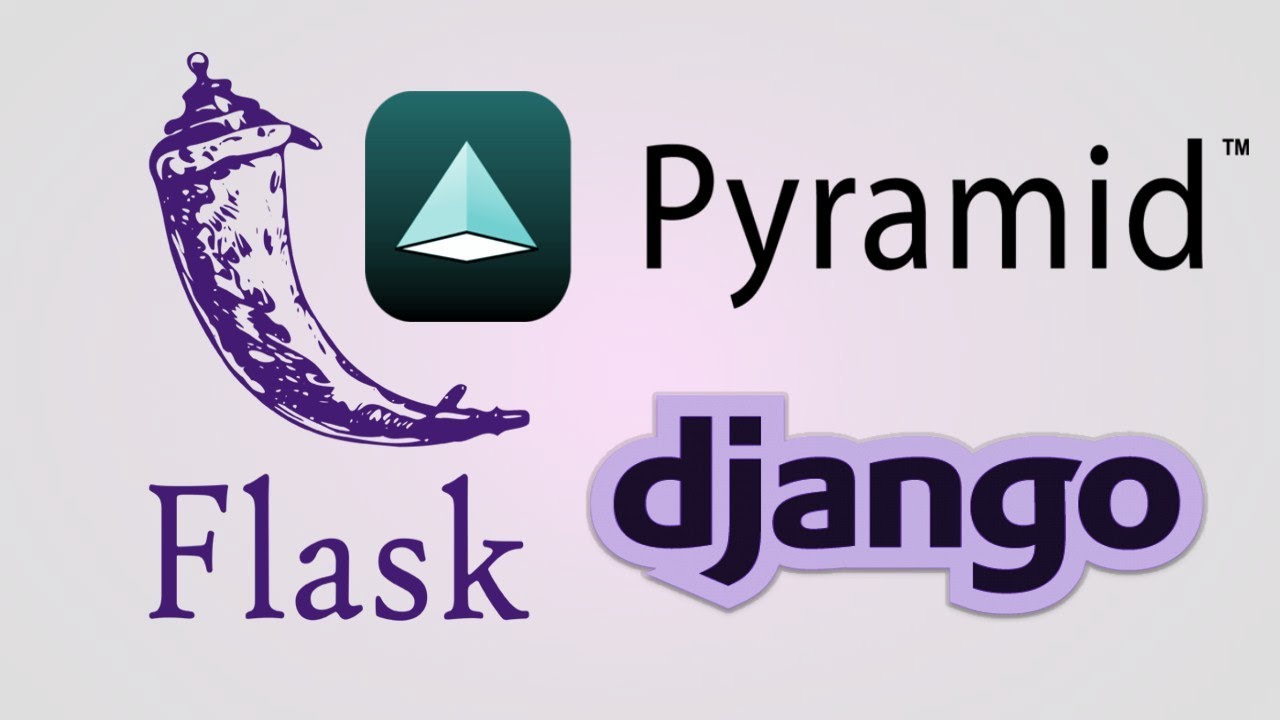 By: admin
In: Công Nghệ
With: 5 Comments

In this video iam going talk about Python Top 3 Web Frameworks (Flask, Django, Pyramid) also we are going to create Examples for these Web Frameworks

Flask is a micro Web Development Framework in Python, Flask is easy to learn and it is so simple. Micro does not mean that whole your Web Application has to fit in to single Python file or it does not mean that Flask is lack of functionality,
but the Micro in Microframework means that Flask aims to keep the core simple but extensible.
by default, flask does not include a database abstraction layer,
formvalidation or any-thing else where different libraries already exist that can handle that.
Instead, Flask supports extensions to add such functionality to your application as if it was imple-mented in Flask itself.

The main principle of Django is to develop everything of any complexity IN TIME.
It’s originally developed for content-management systems, but Django has rich features including jinja templating,
automatic database generation, Database access layer, automatic admin interface generation, user authentication, robust security,
support for multiple database backends and much more. Django Provides a web server for development use.
Also Django has Form serialization and validation, template system with inheritance of templates And Some More.
Django is used by Instagram, BitBucket, Mozila Firefox, NASA and some others

3: Pyramid Web Framework
Pyramid is a part of Pylon project, it is one of the most flexible web frameworks in Python language.
This framework allows the developer to choose anything – DBMSs, URL structure, template styles and much more.
In Pyramid it is possible to create traditional routes-oriented RDBMS applications using SQLAlchemy without much effort.
Like Flask, Pyramid supports many template languages and engines including Jinja2 and Mako but it also has an in-built solution.
Pyramid has flexible tools for the creation of authentication/authorization script, view predicate,
support for both imperative and declarative configuratinons, HTTP-caching, built-in support for session storage, and etc. DropBox use pyramid