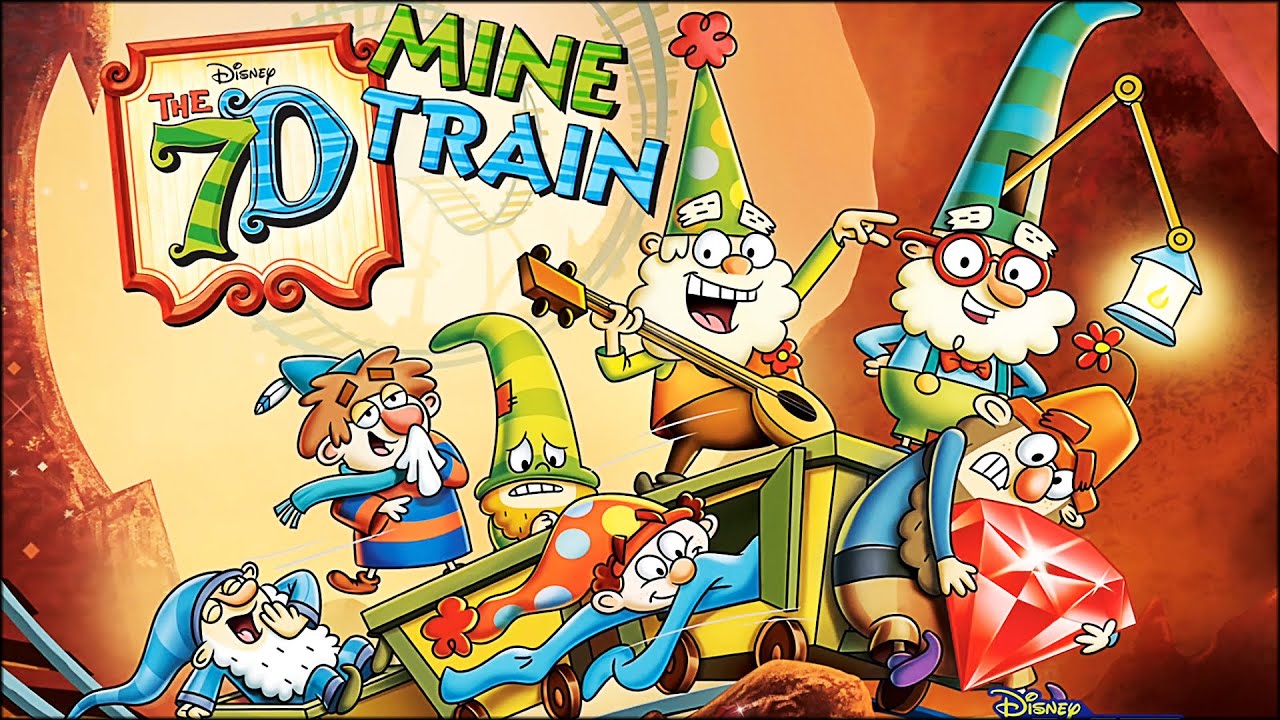 By: admin
In: Game
With: 5 Comments

The seven dwarfs from snow white have a grand adventure inside the mines. But they will need some assistance to survive here in The 7D – Mine Train. What you must do in this funny adventure and survival game is to get the farthest distance possible in just one ride in your mine cart. Simply tap your dwarf when an obstacle appears so you can jump over them. You can also knock out the enemies by jumping on top of them. Don’t forget to collect the gems along the way. Use these gems to unlock fancy carts for your funny little dwarfs.

The 7D Mine Train is a fun and exciting endless racing game where you will be taking control of any of the 7 dwarfs from the Snow White fairy tale, you’ll need to hop into your cart and race through the mines for as long as you can before crashing, there are a lot of things to be collected in the game, there are gems and a lot of cool and game changing powerups that you can collect and use, you can increase your gem stash and then use them later to unlock more characters that you can use to play the game, each one of the characters have their very own personality and skills for you to utilize, there are also some cool upgrades for the carts and some cool powerups available at the shops, they cost a lot of gems though, you really need to stack up a lot of gems to be able to buy them all, they range from the landing boosts, the steam engine to increase your cart’s overall speed, the jewel stick, and the double jump, that’s besides the powerups that you can pick up for free during your runs, like extra life, gloom repellent, double gems and chest openers, it’s going to be a fun endless run indeed and you’ll be in the middle of it here in The 7D Mine Train.

Totally cartoony, that’s what the game looks like, it is in 2D and looks just like the cartoon shows in the cartoon network, the characters in the game are nice and pretty though, quite adorable if I may add, the dwarfs look really cute with their funny faces and nice smile, the game environments are also pretty, each one of the different realms presented in the game have their very own unique looks and designs that are truly distinct from each other, you’ll also see some vibrant colors here, starting from the foregrounds all the way to the backdrops, everything is simply looking cool and bursting with bright colors, movement and animations are also nice, which is great as it makes the game really fun to play, soundtrack and sound effects are cool too, the game music is pretty and very nice to hear and the sound effects are certainly varied and nice overall, special visuals are simple though, but somehow, you really won’t mind as the game still managed to look quite pretty, overall, the cartoony graphics and cool presentations was enough to make the game really attractive.

It’s an endless racing game, and as such, you will be racing across the mines trying to go the farthest distance possible while collecting gems, overcoming obstacles and collecting powerups at the same time, it will not be easy as the game will gradually speed up after a slow start, but it will be fun for sure, the game also features an in game shop where you can spend the gems you have accumulated, you can buy new characters and open up a new realm, you can even buy cool upgrades for your carts, it’s going to be a fun filled adventure game with the 7 dwarfs indeed.

The 7D Mine Train features some cartoony visual designs starting from the game characters to the environments, there are 7 playable characters available for you to unlock, lots of powerups and upgrades for you to buy and an easy to learn control scheme for maximum fun.

I had a great time here as with any endless racing game I have played before, I enjoyed looking at the different visual designs inasmuch as I enjoyed playing the game, check it out, this is fun.